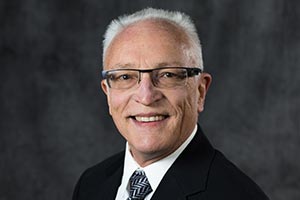 Lynn began his career with Kimmel & Associates in the Waste Division in 1999, and he started the Supply Chain & Logistics Division later that same year.

Lynn holds a BA in Telecommunications and Film from San Diego State University, an M. Phil in Early Church History from the University of Nottingham (U.K.), and an MBA from the Open University in the United Kingdom.

Lynn has dual citizenship (United States and United Kingdom), and he worked as a spokesperson for a United Nations agency for six years in Austria and the Middle East. Before joining the United Nations in 1991, Lynn was based in London, where he was a small-enterprise and media consultant for a number of British and European non-governmental organizations.

Lynn is fascinated by logistics and supply chain, as they continue to evolve at an increasingly rapid pace. He is a member of the Council of Supply Chain Management Professionals and a former CSCMP roundtable officer. He also holds a membership with the International Institute of Advanced Purchasing Studies and the Warehousing Education and Research Council.

Lynn also enjoys time with his two sons, Aaron and Jason, and one daughter, Morwenna. In addition, Lynn loves travel -- when he is not making his own lampwork beads or zip lining with friends.