Don’t Let Others’ Reviews and Opinions Determine Your Career Choices

When trying to decide on a restaurant, most people wouldn’t read a review or ask a friend and make up their mind based on that person’s opinion. After all, what if they have totally different tastes in food? And if that same person wanted to know if they might enjoy a new movie? They wouldn’t read a single review and take that reviewer’s word for it.

Yet job-seekers frequently make the mistake of relying on one person’s opinion of or experience with a company when they are deciding whether to pursue employment there. Consider the following example: a candidate met with a hiring manager and had a great interview. They toured the company, met prospective teammates, and felt a really promising cultural fit. When they received an offer and decided to negotiate and ask for a bump in pay, the company happily agreed; the candidate felt valued and knew how much the company wanted them to come on board. But then when the final offer came through, the candidate declined.

What happened? That candidate had spoken to an acquaintance who used to work at the company, and that person had said it wasn’t a great place to work. No longer excited about the job opportunity, despite all the positive experiences they’d had during the hiring process, the candidate walked away from the opportunity.

A few months later, the candidate had a change of heart; they talked to another friend, this one a current employee at that company, and they had a totally different perspective on the company. They loved their job and said the company treated its employees very well. The candidate was disappointed that they’d missed out on a great opportunity because they let one person’s opinion sway them.

Get a Second (or Third) Opinion 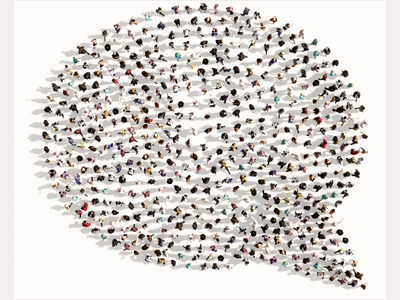 Doing research on a company before interviewing and accepting an offer is a great idea, and if a candidate has connections within that company, that’s even better! But it’s also important to remember that there are risks in putting too much weight on one person’s perspective. After all, everyone has different needs, desires, preferences, etc. What one person would consider a great work environment, another might struggle in. So be thorough and check with more than one source and consult multiple review sites before deciding whether or not to accept a company’s employment offer.

In addition to quantity, it’s also important to consider the quality of a source. The candidate in the example above spoke with someone who was formerly employed with the company, and there are a couple of potential issues with that kind of source. For one thing, if they had a negative experience at the company, it’s hard to know how biased their review might be – there are always two sides to every story. And second, even if what they’re reporting about the company was true at the time of their employment, things might have changed since they left. This doesn’t mean that former employees can’t be a good resource, or that they are likely to intentionally mislead someone who asks for their help. But it does mean that candidates should consider whether that person is giving a full picture of the current employee experience at that company, or whether they should ask a few more people for their thoughts as well.

The truth is, it’s very easy for a candidate to find negative feedback if that’s what they’re searching for – and the same goes for positive feedback. The best thing to do is to cast a wide net, checking with multiple sources on multiple platforms (personal connections, website reviews from clients and employees, etc.), and keeping in mind that every person’s individual review should be taken with a grain of salt, because every person’s experience is different. Then, when that candidate meets with a hiring manager, they can ask any questions they have, address any red flags, and verify the truth of things they’ve heard about the company directly with the person in charge.

The candidate in the example made a snap decision to turn down an excellent job offer that could have represented a long-term career opportunity, just because one person told them the company wasn’t a great place to work. By asking more than one person’s opinion, verifying the validity of the source, and keeping an open mind, candidates can avoid that same slip-up and make the best decision for their long-term career prospects.

Jay joined Kimmel & Associates in 2017 in the Logistics & Supply Chain Division. In 2019, he transitioned to the Midwest general construction market.