4 Reasons Not to Accept a Counteroffer

Changing jobs is stressful. There’s no denying it. Many studies rank job changes third on the list of life’s most stressful events, just below divorce and the death of a loved one. So why does anyone change jobs voluntarily?

There are several common reasons, including the desire for professional challenges and career advancement that may not be available in someone’s current position. Building a successful long-term career takes careful planning and regular evaluation to make sure you’re on track to reach your professional goals. When one job is no longer meeting a candidate’s long-term needs, they often decide it’s time to find a role that will.

Other candidates might feel unappreciated or undervalued by their employers. But it’s very uncommon for a candidate to seek a career change based solely on financial compensation. Don’t get me wrong: money is important. Most candidates won’t stay in a job if they’re grossly underpaid. However, that reason is not usually the primary motivator for changing jobs.

Those who decide to change jobs have carefully evaluated their long-term career goals, their status within their current company, and their short-term needs and desires and have concluded that it’s in their best interest to look for a new job. When it comes down to it, counteroffers from a current employer address none of the major issues that employees cite for wanting to make a career change. Furthermore, accepting a counteroffer can actually damage a candidate’s career, both within their current companies and regarding their long-term prospects. Here are four reasons to avoid considering a counteroffer. 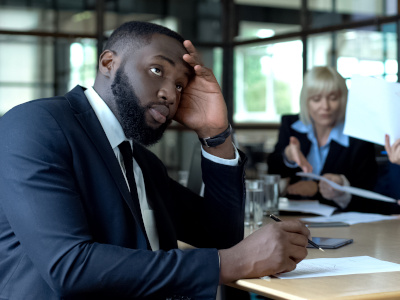 A resignation will fundamentally change an employee’s relationship with their employer -- even if they change their minds and accept a counteroffer. Management might see that employee as disloyal or as a flight risk and begin to seek replacement options. After all, that employee has already resigned once; common sense says they have one foot out the door and it’s only a matter of time before they leave. The damage doesn’t stop there. Team dynamics are challenged by turnover, and the threat of an unstable team can affect productivity and morale. A candidate’s peers might also resent any pay discrepancies that arise due to the counteroffer, spoiling co-worker relationships.

They Offer No Solutions

Accepting a counteroffer usually means more money for the employee -- and nothing else. The same issues that existed before (whether that’s a lack of growth opportunity, a misalignment with company culture, or another professional need that’s not being met) will still exist, and the candidate won’t be any more fulfilled just because their paycheck is a little higher. In fact, existing frustrations can actually intensify because employees now face those challenges knowing they had the opportunity to make a change but failed to follow through. Research shows that about 80 percent of candidates who accept a counteroffer either leave or are let go from their employer within a year.

Scheduled raises and typical bonuses are often stalled or eliminated altogether once an employee has secured a raise due to a counteroffer. That initial bump can actually cost candidates money in the long term because companies are more likely to freeze pay increases for a significant period of time after someone has threatened to quit. Additionally, when great opportunities for growth come up, a candidate who has shown a lack of commitment to their employer won’t be at the top of the list for consideration. But if the company has to make tough personnel decisions, those same employees will be at the top of those lists. 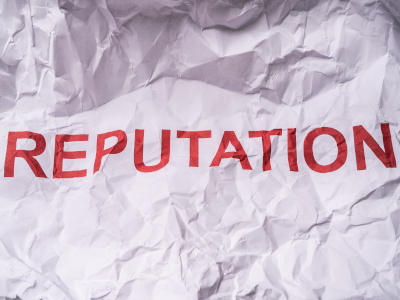 If a candidate has accepted a new job with a company and then reneges to take a counteroffer -- whether it’s from a current employer or a rival firm -- bridges can be burnt. Employers invest a significant amount of time and money into the recruiting process, and when a candidate backs out at the last minute, employers have to start that process all over again. They are unlikely to consider that candidate for future openings, and if a recruiting firm was involved, that relationship is also likely to suffer. And job markets are a small world -- word spreads about flaky employees, and more companies than just the one affected might hear negative chatter about the candidate.

Accepting a counteroffer is like applying a Band-Aid to a gaping wound. It’s a temporary fix that can ultimately make things a lot worse. If a candidate is not satisfied with their current employer, they will still be unhappy even if they are making more money. Of course, there are occasions when counteroffers do work out, but in our experience, those cases are very rare and involve unusual circumstances. For the vast majority of candidates who are seeking job satisfaction and long-term career growth, a counteroffer is not the answer.