Through my personal testimony and my professional testimony as a recruiter, I would like to share a few quick-hitting and impactful examples to drive home the importance of why you should be open to relocation.

We know that some people can’t relocate – for personal reasons or whatever, and we understand that. But for those who can relocate, don’t let the decision of not doing it get in the way.

As a company, we have seen so many people turn down amazing career advancement opportunities because of a spouse’s objection to relocating. They just didn’t feel like relocating for no objective reason other than the emotions of it all. We understand that moving to a new city is emotional and stressful. But it could be worth it. 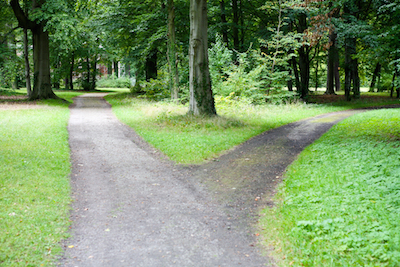 There were times in my life, where we were moving anywhere we had to for my career… anywhere. It was never on the table for discussion. It was understood in my marriage and all throughout that we were not holding me back for my career from a relocation standpoint – for advancements. Consequently, that took me from the east coast to the west coast and later from the west coast to the east coast.

I was promoted to Vice President/GM of a manufacturing business at the age of 29. In 1985, I moved from NC to SC, then to CA, and finally back to NC in 1994. I did all this moving to advance my career. I wanted the opportunity to see how other cultures within the U.S. lived and worked. I set myself up to fully maximize my career success. Relocating definitely had a positive impact on my career. It allowed me to surpass my long-term goals and objectives at a very early age.

But then there came a point in my life, where we weren’t going to move again. My kids were in high school and doing well. We didn’t want to change their schools, we have family here that we’re close to, and we didn’t want to leave Asheville again.

So, I had a window of opportunity, took advantage of it, and my career did what it did – mostly because I had flexibility. Because I was open to make a move, I was promoted – and continued to be promoted – because of my flexibility in relocation. The window to relocate won’t be there forever. Relocate while you can. If you really want to advance in your career, at some point, you’re going to have to relocate.

Be Open to Relocation: Two Paths

From our perspective, you need to take advantage of this window of opportunity to relocate from early to mid-level in your career. Those who have been open to relocation have been able to advance their careers exponentially.

If you have a young, growing family, be open to moving. We’re not here to suggest your values and what you value as a family, but we are here to talk to you about your career. If you want to advance in your career, then be open to relocation. There will eventually come a point in your career, where you will stop relocating. And essentially, where you stop, is where you’ll likely finish out your career. There are exceptions to everything, but if you can get your career to a certain point, then you can have some comforts. Statistically speaking, those people who are open to relocation early in their careers are able to grow their careers exponentially.

My first year in the recruiting and search business, I had a mid-level management opportunity with a rapidly growing company for just the right candidate. The final candidate pool came down to two candidates, both of whom would need to relocate in order to accept the position. Stanley, the stronger of the two candidates, was our first choice. He decided relocation was not an option for him based on his subjective thought process. The second-choice candidate, Richard, was selected as a result, and has since been promoted to Senior Management in his fifth year of employment.

When Stanley chose not to relocate, he got merit raises and stayed gainfully employed. But… he has still not succeeded in advancing his career to a Senior Management role. Due to lack of advancement, Stanley is now willing to relocate, but now he is competing with younger talent. Another card stacked against him is that companies are wondering why he has not yet advanced in his company after such a long tenure. His lack of diversification now makes him the #2 candidate, when not that many years ago, he was #1.

The difference of income between these two candidates is about 50%. If you extrapolate that out of the remainder of each of their careers, Stanley essentially turned down a $2.5 million opportunity at the end of the day. Richard, on the other hand, is ready for even more advancements, and will likely do what it takes to get there by continuing to be relocate if necessary. Being willing to relocate will often turn you into the top-choice candidate for any position.

In conclusion, we understand that some people need to stay where they are. We’re not suggesting by any means, that you uproot your family on a whim, but if you are interested in advancing your career – and relocating to a new city in order to do it – then try to come to an agreement with your family so that you can. You won’t regret it. 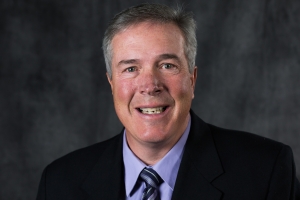 Bill began working at Kimmel & Associates in 2007, and he concentrates his service on heavy equipment and heavy civil clients and professionals. Bill’s exemplary work and determined effort led to his 2008 Rookie of the Year Award and Consultant of the Year Award in 2009. His success in the search industry was recognized in 2009, with his promotion to Vice President, and his 2010 appointment to the Board of Advisors.