How to Bridge the Wage Gap

Not the skills gap or the gender pay gap, but the difference between what you are making and what you should be making.

Our story begins with the Great Recession of 2008. Some businesses didn’t survive. Some merged with former competitors to cut costs. And others rode out the recession by downsizing, shrinking both their workforce and profits. Everyone suffered.

Those who kept their jobs either took a pay cut or saw their wages frozen. As a result, employee compensation essentially lost ground, at least in terms of historical trends. With other living costs rising, many working men and women struggled with earnings that didn’t stretch as far as they used to.

The Good News and the Bad 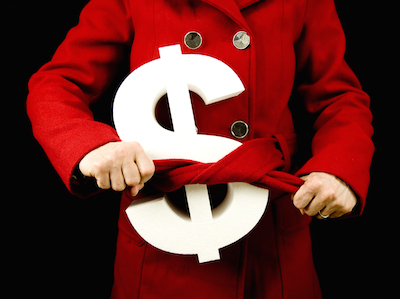 If you survived the Recession with your job, you were one of the lucky ones. Maybe you had to work twice as hard and do the work of your laid-off co-workers. But you still had a job. You still got paid, and you kept (most of) your benefits. That’s the good news.

The bad news is that your stagnant wages have stymied your career growth. With the whole country affected, you had nowhere else to go. You’ve had to step back and do more with less. Between working longer hours and making less money, you’ve had to tighten your belt to survive. The past few years have been tense.

Improving with the Economy?

And that’s where the wage gap rears its ugly head. Because of the recession, you are making 15 to 20 percent less now than you would have been making otherwise. Think of all the raises and promotions you had to do without.

The raises you’ve finally received, as welcome and generous as they’ve been, can’t make up for lost time. No matter how hard you work, you can’t catch up. No matter how much money you make (or save) for your company, they can’t make it up to you in annual raises. It’s as if your wages were sent back to 2005, while all your expenses continued to climb. We don’t think you should necessarily go searching for another job, but there are a few options to consider.

Your options are few, but you do have several. It means going to war for your rightful salary. OK, maybe not a war, but you will have to go to battle. You suffered during the recession, took one for the team, as the saying goes, so the company could continue to do business. Now that the company is back in the black, shouldn’t you be rewarded too?

To overcome the gap in your wages between what you’re making now and what you realistically should be making — what you could conceivably make on the open market — here are your choices:

There may not be a single answer that applies across the board. Only you can know what’s right for you. Even if you spend the effort to update your résumé, search for a new job contact a recruiter, follow through with the interviews and finally land the job, you may find your prospective employer isn’t ready to meet your salary demands. The wage gap is now industry-wide.

You naturally expect a raise for changing jobs. You have more experience now and a more impressive project portfolio. The new company should not only be glad to get you, they should pay for it. So you’re asking not only for the 15 to 20 percent that you should be making to return to your market value, but also an extra 5 to 15 percent as the bonus to switch jobs.

In normal times, your salary demand might have seemed reasonable. You’re only asking for what’s right, to return to business as usual. It’s not that you’re asking for too much; it’s that you’re asking for everything all at once. Still, you reason that it’s fair value, especially after all you’ve been through. You might as well stick to your guns to eliminate the wage gap you’ve experienced. If the new employer balks, you’re no worse off than you were before, fiscally speaking.

When you let your current employer know that you’re thinking of seeking employment elsewhere solely because of your wage gap, they might suddenly be concerned and respect what you’ve been expecting for months now. They might even offer a raise before you ever get that first interview.

However, as an employee suddenly making higher wages, maybe even the highest paid employee in your department, you’ll be a target should the company ever need to cut costs and have a layoff. What looked like the perfect solution — getting more money from your current employer — can backfire.

How It All Plays Out

It remains to be seen how the economy-created pay gap will resolve itself. With the economy improving, salaries are creeping upward on the open market. Demand for skilled labor has returned, also creating pressure for higher salaries. But some companies are deciding it’s an awful big jump to both eliminate the wage gap and reward workers and executives for changing jobs.

Formerly high-paying jobs might not pay as much post-recession. People talk about a “new normal.” This just might be what it looks like. You can accept that, or you can try to fight for what you think you’re worth, no matter which path you choose.

If you feel underpaid and under appreciated, it’s time to seek a new challenge. The Great Recession is past. The economy is improving. If you settle for less pay, you may be setting the tone for the rest of your career. Act while you still have a job; that’s a position of strength. Even if you can’t make up for the recession, you can move on. If you want the wage gap to recede into the past, you are going to have to fight – one way or another – to make it happen. There are no right or wrong answers. Either way, good luck!