I spent the first part of my career in recruiting and coaching for university soccer teams. The skills and strategies required to recruit young athletes obviously differ in many ways from those needed to recruit working professionals, but there are many lessons that can be applied to both types of recruiting. Here are five of the most important things that my career in soccer recruitment taught me about how to get top talent to commit to my team.

#1: Answer Their Calls -- No Matter What

One of the most common reasons that recruiters lose a top recruit is by failing to be available to them. It’s very simple: no matter what, when you see their number come up, you need to pick up the phone. It’s critical for top recruits to know that you see them as a priority and that you value their time. Answering the phone is step one toward establishing a great relationship; they know they can count on you to be available whenever they need you. 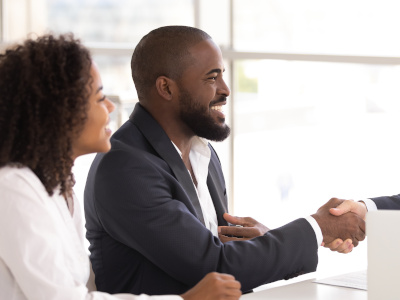 A decision to join a new team is very rarely a one-party decision. The recruit’s families play a key role in convincing them that your team is the one they want to join. With young athletes, the most influential parties are usually their parents; with professionals, it’s more often their spouse or children. Those people have a strong influence on the candidate, and you want them to advocate for you during the recruitment process. So make sure to get them involved: invite them to company events and let them know that you want them to be just as much a part of your team as the candidate you want to recruit.

#3: Connect Them with Their Teammates

Finding connections between current and prospective employees is one of the most powerful ways to help candidates see that they could find a home on your team. Do any of your current employees know the recruit, come from the same area, or have something significant in common that could form a connection between them? Include your team members in the recruitment process so that the new recruit can get an idea of who they’ll be working with if they come on board. You can even implement a referral program that encourages and rewards employees who help identify potential new hires.

#4: Show Them Around the Workplace

Candidates need to be able to see themselves working in an environment before they’ll be comfortable signing on as an employee. Make sure to show them around the office, current job sites, and anywhere else they might spend a significant amount of time as an employee. This is especially important if they need to relocate to join your team -- show them the sights, grab dinner or coffee at your favorite spots, and help them to see that both your company and the geographical area are great places to be.

Sometimes, exceptional candidates require exceptional effort. When one of the most talented players in our market expressed interest in a transfer from his current team, I drove two hours to his home on Thanksgiving to meet with his family at their request. He and his parents believed that level of commitment and effort showed great promise for how much I would invest in his career if he joined my team, and he committed before I left his home that evening. Whether it’s making special travel arrangements, scheduling off-hours meetings to suit the candidate’s needs, or adjusting offer packages, recruiters must be prepared to do whatever it takes to make their recruits feel valued and wanted.

Especially in competitive markets, recruiting top talent can be a challenging process that requires creativity and commitment. But great candidates are well worth the effort: the recruit I mentioned above helped lead our team to the national tournament for the first time in eleven years. The most important thing to remember is that people want to feel special. They need to understand that when they join your team, they are joining a positive environment where they will be valued and appreciated, and where they can grow their careers for years to come. 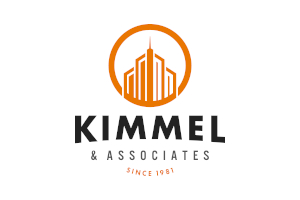 Scott joined Kimmel & Associates in 2021 to serve clients in the Northeast and Canada.