A Winning Attitude Starts with Past Failures

Turn Past Failures Into Future Successes

Do winning attitudes really start with failure? Obviously you can’t have an attitude of failure and achieve success. But you can learn from past failures. Thomas Edison invented the light bulb after 1,000 tries. He said, “I didn’t fail 1,000 times. The light bulb was an invention with 1,000 steps.” Here are “1,000” steps to avoid a failed interview.

If winning is success, and success is everything, then winning is everything. But getting there can sometimes feel like walking through a minefield, with each mine being a minor setback in the form of a perceived failure. All humans experience failure, but every big win comes from overcoming past failures. Don’t be afraid to learn from them or to share what you have learned with others. And especially don’t be afraid to share your past failures in an interview.

“I never learned a thing from a tournament I won.” ~ Bobby Jones

One concept Edison had was to build things out of cement. He started a company in 1899, The Edison Portland Cement Company. Unfortunately, the idea was not widely accepted because it was so expensive at the time. However, the Yankee Stadium hired his company. The question people failed to ask was, “How can we make concrete more affordable?” The forbidden interview question ranks among those that have the highest value for managers making the hiring decisions:

“When was the last time you failed and how did you overcome it?”

Let’s be honest here. Most of us would give a standard “Ummm… I’ve been able to achieve all my targets and goals so far, I’ve done well.” This is probably the last thing an employer wants to hear. There are two possibilities behind an answer like that:

Trying hard and being challenged go hand in hand. Turning past failures into successes is a skill you can learn. Learning from your past failures is what will push you to do better. Many famous people from business gurus, scientists, and public figures to athletes and all the artist-types have suffered multiple failures before they reached their successes. They didn’t let failure stop them from becoming successful.

“I’ve missed more than 9000 shots in my career. I’ve lost almost 300 games 26 times – 26 times I’ve been trusted to take the game winning shot…and missed. I’ve failed over and over and over again in my life. That is why I succeed.” ~ Michael Jordan 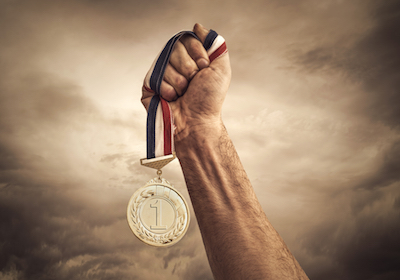 The correct answer is actually not forbidden, but the wrong answer is. So when the question, “What have been some of your past failures in life and how did you deal with it?” is asked, how should it be answered? Not with the scaredy-cat version, “I’m already successful. I don’t fail at work.” The correct answer to the forbidden question should showcase your individual failures and what you learned from them. How did you turn them into successes? Showcase your human side, not your super-hero side.

“Our greatest glory is not in never failing but in rising every time we fall.” ~Confucius

What may be a failure to one person may be considered a success by another. Someone who usually finishes a 5k in under 30 minutes will consider a finish time of 39 minutes a complete failure. Whereas, someone who just accomplished running a mile without walking will be extremely excited about a 5k finish time of 39 minutes. So turn those past failures into future successes.

Didn’t get enough sleep? Enough water? Didn’t warm up or stretch? Was it an unusually hot day? Figuring out what happened can help you prevent the same mistakes in the future. Edison probably never repeated the same mistake twice in his 1,000 attempts at the light bulb.

According to the Dalai Lama, “Sometimes not getting what you want is a wonderful stroke of luck.” Be sure to take the next step though. Make a change for next time. Next time, go to bed earlier. Drink a glass of water when you wake up. Take time to stretch. Check the weather forecast and dress appropriately.

The correct process will eventually lead you to the positive results you’re looking for. If you fail at getting the job you want due to an interview gone bad, then practice more. Study the questions. Practice being confident.

“Only those who dare to fail greatly can achieve greatly.” ~ Robert F. Kennedy

Every hiring decision has to be what’s best for the company. And if the hiring manager knows you look challenges square in the face and won’t back down despite the occasional knock-down, you might have a better fit. Remember though that the competition is fierce and it’s always about the best fit.

Confidence radiates. Be honest with facts and back them up. Share about the time you had that job where you forgot to do something important, but then you thought up a new idea which ultimately made the company 5x more money. Or the time you accidentally left the door unlocked, but you found a new hire out of the deal because of her honesty. Those are past failures that might be worth shouting about.

Set SMART goals. Specific. Measurable. Attainable. Realistic. Time-bound. Focus on one thing at a time and share any instances where you have initially failed, but ultimately achieved the measure of success you set out to do.

Failure is not true defeat. It is merely a delay, a detour. Look for new angles. The only true failure is failing to change. So change your past failures to create your own success.

Be optimistic. Make a list of your past failures and how you have learned something from them by making changes and improvements. Over time, your fear will melt away and adversity will be welcomed. The next time you are asked, “So, when was the last time you failed?” you’ll be able to answer confidently with multiple examples and nail that interview question once and for all.

Hiring a candidate who turns past failures into successes is one of the best values that can be added to a company. Encountering failure is always tough, but you can get back up and try again. Who knows? Maybe you’ll become the next failure-to-success story!