The Counteroffer: The Devil in Disguise

You’re storming into your boss’s office, happy that you’re finally able to throw your resignation letter in his face and say, “I’m out of here.” But your boss hasn’t played his last card, yet: the counteroffer. Instead of panicking, he calmly invites you to sit down so you can “talk things over.” And that’s when he makes his last move: a counteroffer to keep you on board with him.

This moment is crucial because it can literally determine your future. The good part is that the decision is in your hands. The bad part is that, generally speaking, you’ll have to refuse your boss’s seemingly “better” offer in order to have a worry-free future. Let’s see why.

Back in 2012, I spoke with a young Estimator. He had a good background, but not a lot of experience yet. I wasn’t able to help him at the time, but we loosely kept in touch after he found a job as a Junior Estimator. I reached out to him several years later regarding a Senior Estimator position, and he was very excited to pursue the opportunity. He told me that the past couple years hadn’t been great at his employer; promises were made and not kept, raises were small and far between. I submitted his resume, and set up an interview for the following week.

I also asked him if he had talked to his employer about fixing the situation before he decided to leave. He had. He told them he was unhappy and was going to start looking for a job, they responded by giving him a $10k raise and recommitting to their afore mentioned promises.

So you accepted a counteroffer?”

Well, it wasn’t really a counteroffer… they said I was doing a good job and that they really wanted to make me the Senior Estimator soon.”

Mister, that is the definition of a counteroffer”.

We talked for hours about what that counteroffer has done or will do to his career, how they preyed on his loyalty, and how his career could easily derail right here if he wasn’t careful. We discussed why companies extend counteroffers to their employees, and why more often than not, things don’t end well for the accepting party. I told him stories of how people’s careers have been significantly stifled as the result of accepting counteroffers, and how the extra money is rarely the remedy for his grievances. He was offered a Band-Aid for his gunshot wound, and rather than seeking a doctor for real help, he gladly accepted the Band-Aid as a token of their love and affection for him.

It all fell on deaf ears.

The day before he was scheduled for his interview he called to tell me that he wanted to cancel the meeting. He felt guilty for accepting the money and now wanting to walk away again. He felt like he owed them his loyalty now. He acknowledged that he was turning down a significant career advancing position with a top-tier company, but that “they bent over backwards to give me a raise, and they are going to promote me soon, so I’m going to stay here.”

I got an email from him three weeks later letting me know that they didn’t promote him and that he wanted to see if the position was still available. When I called him back, the receptionist responded, “Oh, I’m sorry, he no longer works here.” 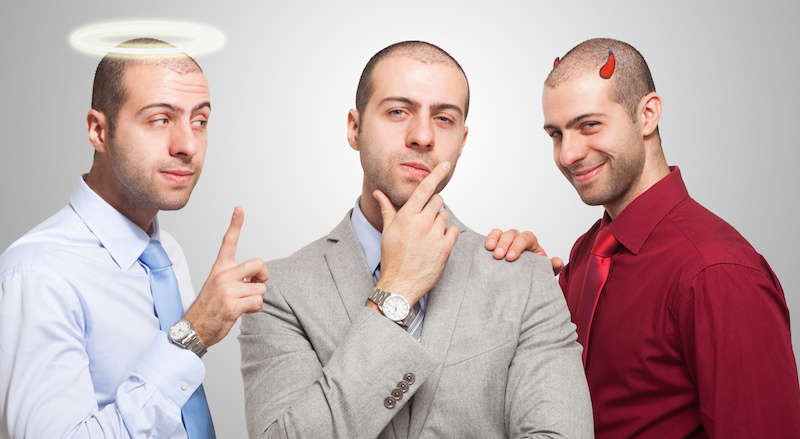 Don’t be afraid to turn down the seemingly better and safer counteroffer. The following is a list of five reasons to turn down a counteroffer. They will help you understand more deeply why it’s okay to be scared in the face of uncertainty. It’s called trusting your gut, being brave, and stepping out into unchartered territory to help you grow your career.

1. The bond has been broken.

There’s no going back when you enter your boss’s office with an offer from another company. Even if you’re transparent about it, and you have informed your boss you’re looking for another job, he won’t be pleased to hear you’re thinking about parting ways. From his point of view, the bond has been broken – you want to bail, and even if you stick around for a bit longer, or eventually don’t take the better offer, you’re still the one who wanted to leave to join the “competition.”

This means that whenever there’s a promotion, you’ll be the last person considered and, whenever there’s a layoff, you’re the first person on the list. Plus, you can feel a certain tension in the air, as if they don’t like you, but need you. Not the best feeling in the world, especially for a place where you spend eight or more hours per day.

Most of the time, a counteroffer means a bigger paycheck – and perhaps some other benefits that might not be as important. That’s all a boss can offer you. However, if you were thinking about leaving your current job, was money the main reason? Most likely not.

There are other things just as important as money, maybe even more important. These include: work environment, company culture, colleagues and type of work. One or more of these elements has pushed you into finding a new home to spend your working hours. So when your boss is making you a better offer, is it really a better offer? Or just a heftier paycheck and close-to-the-same work conditions? Think about that.

3. If you want more money, negotiate.

A higher salary should be the result of negotiation, not a counteroffer. If you want a higher salary – and have worked hard to deserve it – just ask for it. Don’t use a counteroffer as a bargaining tool. Using an offer from another company to secure a higher salary is a type of threat, albeit a more diplomatic one. So if you want a bigger paycheck and are happy with the other work conditions, you should push for a raise. Don’t let counteroffers lure you into taking the shortcut – you risk ruining relationships with your boss and colleagues, who will then feel like they’re underpaid.

Sometimes, even if you let your boss know you want to change jobs, he won’t be prepared for you leaving the company, especially if you’re in a key position. This is when your boss’s preservation instinct to keep the company going kicks in, and so he does the first thing that he believes will make you change your mind – makes you another offer. But that might conceal his intentions to keep you around until he finds a worthy substitute for you. After that, he could give you the, “I’m sorry, but we can no longer work together” speech with no remorse, while sipping his morning coffee and looking over the morning newspaper.

A company spends a lot of money and resources trying to find a new employee. When they make you an offer, they pretty much lay the table so the dinner is ready when you come in. So when you call them and say, “You see, my boss made me a better offer after I told them about your offer,” don’t expect them to be happy. From their point of view, they’ve been used as a bargaining chip, and nobody likes that. The chances of them even considering you for an interview in the future will be slim, but the worst part is that word spreads to other companies, and you really don’t want that. Not when you find out that the counteroffer was indeed a smokescreen. Ouch.

There you have it. Should you ever encounter this predicament, consider these five reasons to turn down the counteroffer. If you want to experience something new, then don’t accept the counteroffer. After all, you did take a leap of faith by looking for a new job to begin with. Think about what’s best for you and your career in the long run, not just how you feel today. Either way, here’s to wishing you a happy successful career.