With today’s ever-changing work environment, companies are facing challenges with retaining employees. Gone are the days of baby boomers who stayed with one company throughout their career. Instead, people are changing jobs more frequently than ever. This trend is resulting in companies having to examine how they handle employee retention.

According to the US Bureau of Labor and Statistics, there were 2.7 million “quits” in September 2014. A “quit” is defined as a voluntary separation from the company and is initiated by the employee. Since the 2012 technical end of the Great Recession of 2007, quits have increased steadily to a statistical average of 2.75 million per month for the last 13 months. 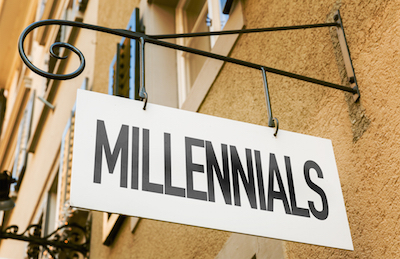 The new reality proves that employee retention is indeed a challenge. The average employee only stays at his or her job for 4.4 years. The pre-baby boomer generation standard of working at the same company for an entire career has been replaced by this new norm. The millennial generation’s desire to change jobs more frequently calls for a new plan of action regarding employee retention. Voluntary job migration happens for many reasons such as the prospect of higher wages, dissatisfaction with a supervisor or work culture, or the desire to increase the visibility of an employee’s skill set. The shortening of the job retention cycle results in increased stress and job placement costs to find the right candidates through an intensive HR pre-employment vetting process.

Replacing these “quits” can contain both tangible and intangible costs. A calculation method developed by David Rosnick from the Center for Economic and Policy Research, imparts the cost to replace an employee making $100,000, with factors such as job learning curve, job search HR costs, and advertising, can be closer to $50,000 and not the typical 20% previously thought of as the standard. Rosnick’s focus goes beyond the standardized assumption of lost productivity due to lack of employee retention by emphasizing these intangible items and places a weighted stressor to account for the financial impact.

In a 2015 survey by Deloitte of over 3,000 worldwide HR leaders, the most important challenge, overshadowing talent and leadership development, is retaining employees. Savvy employees are using the Internet to expand their knowledge of corporate cultures, wage comparisons of their peers, and overall company reviews and they use this knowledge to gauge their personal satisfaction in their current role. Diving deeper into the statistics, consider the millennial workforce which actively uses technology in their job scope of influence to explode the work retention dynamics:

What drives someone to become a part of the 2.7 million monthly voluntary separation statistic? Is it more than Jack’s recommendation to increase the rewards to the employee wallets, as heard in his 1999 interview with the Wall Street Journal? While this is a simple mantra from one of the most prominent and media-popular CEO’s of the past 50 years, since quits are on the rise over the past 13 months and real wages lagging behind the pace of inflation by 6.5% since 2007, the cash is king model may not be as prevalent of an employee retention strategy as previously held.

“I think showering rewards on people for excellence is an important part of the management process. You have to get rewarded in the soul and the wallet. The money isn’t enough but a plaque isn’t enough either. Years ago I worked for somebody who was giving out medals to employees who got patents. I wanted to give them more cash. This guy was a fat cat who had a lot of money. He said money is so crass, just give them the medal. I just thought that was wrong, you have to give both.”
– Jack Welch, former CEO of General Electric

With the continued pressure on employee retention and going beyond the cash rewards as espoused by Jack Welch, how do you take his other piece of advice and reward the employee’s soul to counteract the rapid changes in employee retention and prevent your workforce from becoming just another statistic? Here are some methods to satisfy the souls of the workforce.

Using the Jim Collins Good to Great method, the importance of putting the right employee, in the right seat on the company’s bus will make the difference in employee retention. For example, let’s look at a gentleman named Jackson’s recent experience. He was hired for a job with a Fortune 500 company based on his experience with a specific software package. However, the experience was more as a user than a programmer. Unfortunately, his new role was focused on the latter. After only six weeks with this company, Jackson realized he was not the right fit and proceeded to spend the majority of his time looking for another position. He wound up leaving the job once a better opportunity surfaced. Although the salary and benefits at the larger company were quite incentivizing, the rewards in Jackson’s wallet were not enough to counteract his dissatisfaction.

In this case, Jackson was not properly vetted during the job screening process. He impressed the hiring managers with his overall skills and engaging personality. However, the hiring managers did not fully understand the complexity of the role and how the focus was more in IT than in finance, Jackson’s background. The managers also did not have a full grasp of what was involved in the job’s daily work activity since it was being transitioned from one office to another. Both factors combined to disillusion both Jackson and the hiring managers as they realized the fit was a poor choice.

It is a universal desire to have an ideal balance between work and life, but only one third of respondents in a WorkFront survey strongly agree that they have a positive work life balance. With technology such as smart phones, tablets, and mobile office applications, the balance continues to tip towards a 24/7 availability for the workforce. More than 50% of the survey’s focus group reported the negative impact of technology on their personal lives.

Within these statistics, 41% believe this tipping point between the freedoms provided by technology versus the restraints of being on call 24/7 lead to high employee turnover. With the continued job migration of employees post-recession, it is easier to find a different corporate culture that values the importance of work life balance and the tap into the ability to work wherever they want, when they want. The standard clock in and clock out for a white collar employee’s nine to five workday has eroded, but the benefits of this flexibility often come at a cost to the employee if the corporate culture takes advantage of the technological freedom.

Google offers the following “small things” to its employees:

The above items are just a sample of what small things Google offers. It is no surprise they have one of the lowest employee turnover rates and the highest applicant quantity per job opening. It may be easy for a large 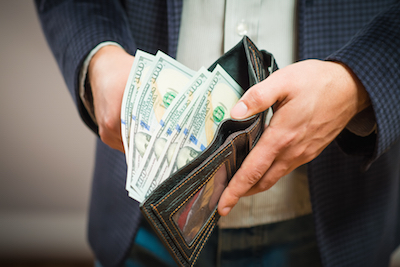 company such as Google to offer such incredible perks to its employees, but even the smallest of businesses can aspire to Google’s progressive employee treatment. Small gestures such as occasional lunches, childcare flexibility, gym memberships, and a constant flow of caffeine and other beverages can promote a culture of performance and caring and stabilize employee retention.

Reward them in the wallet, feed their soul. Jack Welch’s idealism for keeping and motivating employees crosses generational boundaries and is as applicable today as it was when he said it in 1999. By hiring the right person to begin with and making sure they are satisfied now and able to reach their long-term goals, employee retention levels will skyrocket. Shoot for the moon!

As President and CEO, Charlie has dedicated his 25+ year career to executive search at Kimmel & Associates. Charlie joined Kimmel & Associates in 1990 as a Recruiter. In 1993, he graduated with honors from the University of North Carolina at Asheville, where he received a BA in History.