Communication can affect how a person feels, whether it be the words or the tone we use, or the lack of communication altogether.

How would it make you feel if you asked your girlfriend to marry you, but she was speechless, and never got a solid yes or no? You sent emails, texts, phone calls, voice messages, letters, everything to get a response, but… nothing. You wait and wait and wait, and still no response.

What if you spent several weeks on a proposal for a project, and when you submitted it to your client for feedback, you wait for weeks. You follow up professionally and politely and wait for a comment, but you get crickets. No response.

Urgency to Respond… or Not?

If you need a position filled, and there’s a sense of urgency about it, then you have to respond quickly. Keep us in the loop so we can keep the candidate in the loop. When we find candidates and send them to you, we need that line of communication to stay open. We want to be able to juice up the candidates to want to come on board with your company.

“Yeah, I work with Joe there. He’s great and they’re people oriented.”

We like to sing the praises of our client companies and the people who work there.

But what if… we send the candidates out, and then we just wait, and we never get a response back. Then, we have to go back to the candidate and tell the candidate, “Well, you know, they’re really busy.” As the middleman, we’re constantly going back and forth, calling the client to find out some more information. “Can you tell me what’s going on? Is it the process? Are you not interested?”

Unfortunately, we’ve seen conversations like this all too many times.

“Yeah, I’m going to call the candidate tomorrow.”
“Oh, great, okay, I’ll let him know.”
Two or three days go by and the candidate still hasn’t heard anything. I call the client again and they say, “Oh, I got tied up.”

If it happened to you, as a client, how would that make you feel? At some point, the candidate starts to feel like this company can’t be all that great, if they’re really not interested. The bloom falls off the rose. It’s not quite as exciting. The candidate begins to think, “If they really were interested in hiring, or hiring me specifically, which I thought they were, how come I can’t get any information back?” That’s not a good place to be. 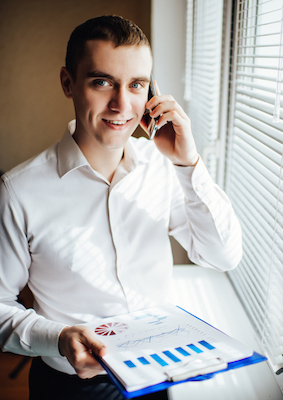 If you need a position filled quickly, then act quickly to make it happen. Even after you speak with a candidate, we still need feedback. I have seen a candidate go out on an interview and come back to say, “I talked to the company and they were amazing. I’d love to go work for them.” But then, we never get any feedback from the client company. After a few days, the candidate calls me and says, “The president of the company told me he was going to call me in two days and you know, this is a week later and I still haven’t heard anything back from him.”

At some point, the candidate starts thinking, “Well, I’m obviously not that important because they wouldn’t even spend a minute on the phone to call me and tell me, ‘Yes you’re good, bad, or otherwise.'” We need you to call us. Let us know what’s going on. You said it was urgent that we helped fill that position. I sent two guys and they’re the best, but they won’t last long. I told the client, “If you wait much longer, you’ll have to wait a whole lot longer, because I’ll have to go out and find more candidates, which might take a year.” So, how would you feel if you were in that situation?

Talk to the Candidate

We love our clients. We love serving these great companies. We love recruiting and helping people in their careers. We tell people, “Oh yeah, you’re going to be terrific. We think that you’ll be a great fit. They’re really a great bunch of people and they’re so in tune with their people and everything.” But, then when a client won’t give me the time of day to call me back and let me know if they’re interested in Joe, or not interested in Joe, or why, then that doesn’t sit well with the candidate. It doesn’t look good for the client. It also doesn’t help me get closer to the bullseye. It’s not good to make promises about getting in touch, and then not follow through.

Feedback and follow up are so very important, even after the hire. Once a candidate accepts your offer, you still have to stay in touch. It’s important to say things like, “We’re so excited for you to start, this is what the plan is. We know you’re going through a two weeks notice, but here’s some information from the company to kind of get you started.”

Once a candidate has made the commitment to take the job, then you as the client should start drawing him in. You can send your new hire:

Everybody thinks that when there’s an offer and acceptance to start, the deal’s done. But that’s when the pressure is on the candidate. Once he gives his resignation, that’s when you’re in danger of losing the candidate because that’s when everybody is throwing him a party or laying guilt on him. You want to stay in the front your new hire’s thoughts. Check in with him periodically. See how he’s doing. Make him feel welcome. But, if you fall short on communication from the get-go, you’ll never even reach this point. 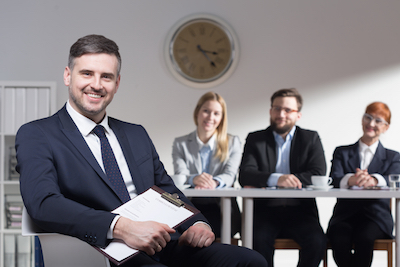 The market has changed. Companies are on interview now more than ever, much more so than the candidate. Some clients have felt like they’ve been running the show for six years, because they were. They rescheduled interviews because they could. But now, you can’t afford to do that.

I spent an hour and a half on the phone with the president of a large company taking a job order. He went on and on about, “Oh, we love our people!” But, they jerked this one candidate around for weeks, making appointments, scheduling and breaking them, changing dates, changing times, and changing who was going to meet with him. First, it was going to be a phone call, then it was going to be a face to face, and this candidate was very, very accommodating. Finally, after this went on for two months, I basically asked the client, “What are you doing to this guy? I’m amazed that this guy still wants to work for you.” How would that make you feel?

In the end, they made him an offer, but he came back with a counteroffer. Then he never heard a word back. We never could get one peep out of the company after that. The guy probably would have accepted had they made another counteroffer. So, how do you feel if their time is more important than yours?

This is a seller’s market right now. I tell the clients when I talk to them, “This is a sellers market.” I can’t say, “I’m going to look for someone and give you six candidates to choose from.” The truth is that if I can find one or two that I think are really qualified, then that’s what you’re going to get. You really have to understand that the candidates are in the driver’s seat now.

The ABC’s of Hiring

Companies, if you need a position filled, you have to remember that if you want a good candidate, not a desperate candidate, you are being interviewed, as much as you are interviewing them. That’s the crux of it. So you have to mind your P’s and Q’s. You can’t reschedule.

If you find someone who looks like a good fit, get him in the queue. Start the hiring process, start interviewing him, start talking to him, have some company people talking to him and get something going. Because it is a seller’s market – and if you don’t hire him, somebody else will. I can cite examples of candidates who we’ve lost because the client couldn’t decide quickly enough, and all of a sudden, out of the clear blue somebody else made the candidate an offer. I have lost at least half a dozen in the last 6 months. And that’s just me. I can’t even imagine what the numbers would look like company-wide.

We did everything right, but the client just dragged their heels. It is so important to understand that you must act quickly. We can find you a great candidate. When we do, be responsive. Stay in communication. Act fast.

The worst part about when a client doesn’t respond quickly, and we lose the candidate, is the attitude of the client. It’s as if they just shrug their shoulders and say, “Oh… well… okay.” Like it’s not a big deal. Like there’s another great candidate lined up and waiting to take the spot. That’s simply not the case. It speaks to their lack of understanding to what’s going on in the market. Because they think, “Okay, well, bring me the next candidate.” 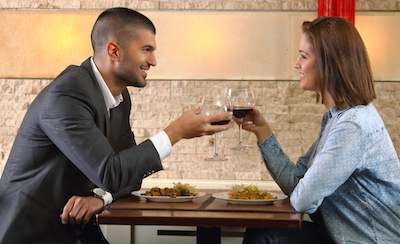 You might think the deal’s done once they accept the offer, but it’s totally not; this is panic time for the candidate. They were scared anyway, saying bye to all their friends, and their boss is saying, “We want you to stay here.” It’s a lot more than just walking in the door.

What should you be doing? Don’t celebrate because you have somebody coming to work for you. Remember, the wife is likely saying, “Honey, are you sure we made the right decision?” All the candidate needs is reassurance. They need a note, a phone call, an email… anything. Just be in front of them so they’re not alone for two weeks! You need to be reaching out. The most effective thing I’ve seen is a note with a gift card to a restaurant near their house. Send it in the mail and it’s done. You don’t know how powerful that is. The spouse is very happy. “Oh wow, this dude’s company is taking us out to dinner.”

You have to show your continued interest and never let them go. Just because you’re engaged, doesn’t guarantee a happy wedding. You have to keep dating. The two-week notice is the most crucial period of time when you should be in contact with them. This is not the time to relax. Just because they signed the offer letter, doesn’t mean they’ll show up without a little effort on your part. So put forth the effort to communicate, throughout the entire hiring process. Be proactive, and you won’t have to keep searching for people over and over. A great placement takes time and effort. Make sure your head is in the game, and you’ll have him signing that offer letter. Just make sure you carry it through so they make it inside your front door, too! The bottom line is to make them feel wanted and appreciated. By responding quickly and communicating honestly, you’ll do just that.