Everyone expects candidates to be on their best behavior during job interviews. Companies should follow the same advice. It is in every company’s best interest to treat all candidates with the highest levels of professionalism.

During interviews, the hiring authority should give the candidate their full attention. Start on time. Listen. It reflects poorly on the company if an interviewer arrives late and then takes personal phone calls. Your entire team should strive to be professional and courteous in every interaction with candidates, including phone calls and emails.

Candidates will talk to their colleagues about their interaction with your company, whether their interview experience was good or bad. Such chatter creates a ripple effect that can impact the company in a variety of ways.

In this candidate short market, it is a smart move for employers to stay in courting mode all the time. Negative consequences can occur when hiring authorities do not behave as professionally as the 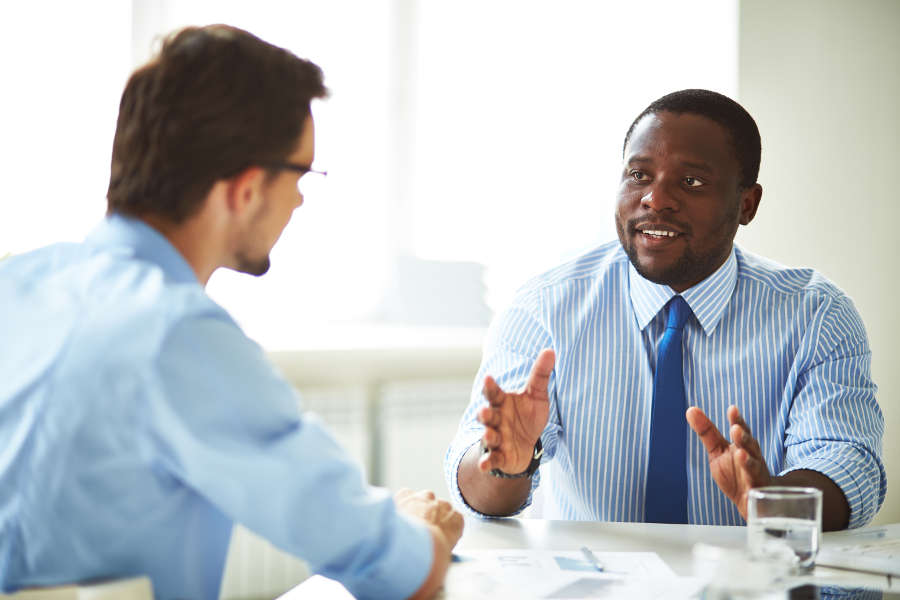 y should during in-person interviews, or in the follow-up period afterwards – and not all are immediately evident. Some are much larger in scope than one lost opportunity to hire talent.

Unprofessional interviews inevitably create bad word of mouth in the marketplace. It is not a good situation when candidates begin refusing interviews with a particular company because of reputation.

Even if it quickly becomes clear in an interview that a candidate is not a good fit, continue to put your best foot forward so the candidate leaves with a positive attitude and a good opinion of the company. That can mean the difference between having talent knock on your door asking for interviews, and having to find and recruit aggressively.

Think of Interviews as a Form of Branding

Interviews offer a window into your company culture and its values.

When a candidate leaves your office, what will they gather from your interaction? How do you want to come across?

In interview situations, remember that every candidate is going to take that first (and sometimes only) impression of your company culture out into the marketplace. Employers can say that their company culture is energetic, ethical, growing, and excited, but if the candidate does not see it in action, they will be less likely to believe it.

How you behave in the follow-up is equally important. If you say you are going to do something, do it. If you promise a specific timeline, then follow it. If a candidate is told that they will receive a phone call within two weeks and no one calls, then that candidate will start to think, “If this is what is happening during the interview process, how is it going to be when I get in the door and I want to get something approved or done?” That type of speculation will negatively impact that candidate’s decision to come work for your company if you do make them an offer. Worse than that, the bad word of mouth generated by one negative interaction can discourage other candidates from agreeing to interview with your company in the future.

The Value of a Good Reputation in the Labor Market

Positive marketplace chatter among industry professionals is more valuable than any paid advertisement. It is a form of free advertising, and it is one of the most powerful recruitment tools.

We have seen that when a candidate comes in for an interview and they are treated professionally and with a high degree of respect, they are much more likely to accept an offer if one is extended. And they are likely to tell everyone they know. Most importantly, companies that treat every interviewee with respect are laying a foundation for an excellent reputation in the marketplace.