The Key to Making Great Hires? Communicating a Great Vision

When it comes to successful hiring strategies, a lot of companies focus on delivering immediate value to prospective employees through competitive salaries, great benefits packages, and challenging work, among other things. But some companies are differentiating themselves from the competition by going a step further. Instead of simply promising a candidate a fulfilling employment opportunity in the present, they are also offering a window into the company’s long-term vision for the future.

Below, four of our consultants (Michael Murphy, David Williams, Justin Wilkins, and Jay Dubac) offer their insights on how companies are using strategic planning to recruit top talent - and what they look for from candidates during those conversations.

Be Specific and Transparent

Michael Murphy, a heavy civil industry expert, says that many of his clients share specific visions for the future with viable candidates, including “revenue, quality, and safety goals; gross margins; market share; expansion of footprint, services, or sectors; career paths for mid- and senior-level associates; merger and acquisition goals; facility upgrades or heavy equipment group expansions; formulas for profit sharing; capitalization and bonding/surety status; project pursuit initiatives; and recruiting strategies.” Each company’s vision for the future is unique and may include some or all of these considerations.

“Including employees and potential new hires in conversations about these matters offers people an investment in the company’s overall goals, a voice in the future, and an understanding of where they may fit in within the organization,” Michael explains. “It also demonstrates transparency in the company and contributes to overall job satisfaction.” 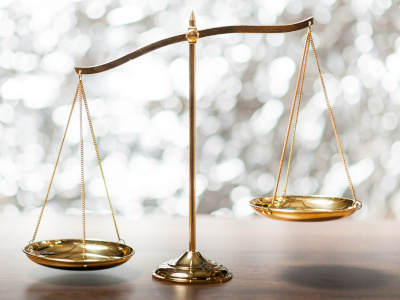 Especially in a tight candidate market, companies are always looking for ways to set themselves apart from their competition and successfully bring top-tier candidates on board. David Williams, who specializes in the mechanical sector of the construction industry, thinks that communicating long-term company goals and plans can have a “huge impact on hiring.” He has noticed that “especially if a candidate is on the fence in terms of committing or signing the offer,” hiring managers often use the company’s strategic vision to show “potential growth opportunities for a candidate within the company, which is a major selling point for mid-career folks.”

David also echoes Michael’s observations about transparency. “These conversations can make the candidate feel included in the company’s growth plan moving forward and reveal exactly what they are getting into,” he says. Having a clear idea of what the company is doing and where it is headed can help reduce some of the stress that goes along with making a job change, making candidates more confident in their decision to join the new company.

As communication strategies continue to evolve, so do the ways in which companies present opportunities to potential candidates. Renewable energy market leader Justin Wilkins has seen a shift from standard boilerplate job descriptions to ones that “tell a story (including the past, the present, and the future) to catch the reader’s attention.” Then, during the interview process, the interviewer can “build out the storyline to show an individual why they should join the company, by having managers discuss their vision and goals for the future and how the particular role or department they’re hiring for is important in pursuit of those goals.”

Of course, Justin clarifies, “more defined plans, which are backed by data or can be proven based on the company’s previous successes, are certainly more effective” than vague ideas. For example, telling a candidate that a company plans to enter a new market segment is interesting, but it could be an empty process. Instead, the manager might give insight into the market research they’ve done or test projects they’ve taken on to demonstrate their commitment to that plan. Specificity is key to gaining the interest of top candidates.

Make It an Exchange

Jay Dubac specializes in the general construction market, and for some of his clients, it’s more common to discuss strategic visions with “managers and executive-level leaders” as compared to more entry-level candidates and individual contributors. However, those less-experienced candidates who do ask about the company’s long-term visions and plans in an interview can “impress hiring managers and show that the person is really interested in where the company is going.” In those cases, managers are often happy to “share some insight into those topics” with engaged candidates at any level.

The hiring process is a two-way street, and more than ever, hiring managers understand the importance of “selling” their company’s career opportunity to candidates. By communicating strategic visions for the company’s future with promising candidates, companies can distinguish themselves from their competitors and help candidates feel confident and invested in joining the company. At the same time, candidates can make a strong impression by asking questions about these topics and demonstrating their own long-term interest and vision for their role within a company. Win, win!