How to Prepare for a Multi-Interview Hiring Process

There are many factors that might make it challenging for a company to make a hiring decision after a single interview. Just a few examples include the structure of the company, the seniority of the position, and whether the position is in person or remote. However, time is of the essence in a tight candidate market, so it’s important to proactively communicate the anticipated schedule of the interview process, as well as what to expect from each interview. Here is a common breakdown of what interviewers and candidates might expect from a hiring process that involves multiple interviews.

In a multi-interview hiring process, the first interview is usually focused on the interviewer and candidate getting to know each other, and the candidate learning in more detail about the position. Both parties can address any significant questions, doubts, or perceived obstacles to a successful hire. In short, this interview determines whether everyone is interested enough to move forward in the process.

However, this does not mean a first interview should be approached casually. Candidates should do their research on the company before the interview and be prepared to demonstrate how they can add value. Even if they are only starting the process of considering a career change, the hiring manager’s need is real and immediate, so candidates need to show that they respect the interviewer’s time and the opportunity. Similarly, hiring managers should keep in mind that while their schedules are packed, candidates are busy too and are taking valuable time to meet with the company. Interviewers should be fully present and prepared to communicate what the candidate should expect during the next steps of the process. 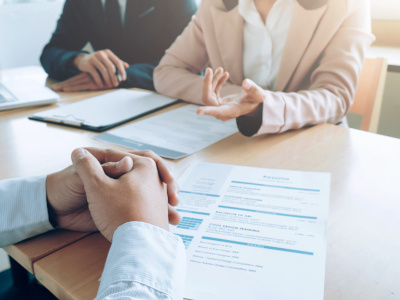 The second interview is usually more focused and detailed, now that introductions have been made and mutual interest have been established. At this stage, more team members may be brought on board to offer evaluation and buy-in on the prospective candidate. In addition, interviewers start to dig deeper into the candidate’s experience and skills to determine if they can do the job well, and if they are better qualified than the other candidates under consideration. They should also illustrate the value proposition they are offering the candidate, including opportunities for career advancement, meaningful work, and income potential. Meanwhile, candidates should continue to “sell” their candidacy with specific, quantifiable examples of success in similar roles – ways in which they’ve made money, saved money, and solved problems. They should also ask more detailed questions and determine if the role and the company are in line with their short- and long-term career objectives.

Sometimes a decision can be made after two interviews, and the more efficient the hiring process, the better. However, if the timeline includes additional meetings, there should be clear interest on both sides and an established mutual fit by the end of this interview.

In many cases, the third interview is considered the final interview. Any other team members who need to be directly involved in the hiring process should be included at this stage. Any questions or concerns that have arisen in prior interviews should be addressed at this time, and interviewers and candidates should continue to explore details of the position – for example: travel requirements, expectations and goals for the new employee’s first six months on the job, and other particulars that will be important in the decision-making process.

An offer may not be made during the interview itself, but by now, the candidate and the hiring manager should be very close to making a final decision.

Fourth Interview (and Beyond)

If a decision hasn’t been made after three interviews, the likelihood that a candidate will lose interest in the role or receive another offer and move on increases significantly. If it’s truly necessary, a fourth interview can be scheduled to clarify any lingering questions, review work samples assigned as part of the evaluation process, or address reference checks. However, given the risks of extending the hiring process, hiring managers should only schedule more than three interviews if absolutely necessary.

No matter how many interviews are involved in a hiring process, the candidate and hiring manager alike should take each step seriously. Being late to, missing, or rescheduling an interview can communicate a lack of respect for the other person’s time, or that the opportunity isn’t a priority. Some scheduling conflicts are unavoidable, but as with everything else when it comes to hiring, communication is key to creating a respectful, efficient, and positive interview experience for everyone. 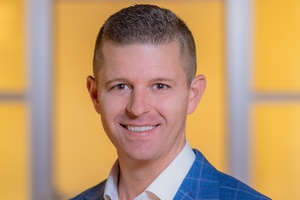 Justin joined Kimmel & Associates in 2008, first serving in the mechanical and power industries. In December 2017, he was promoted to Vice President, and now leads the Industrial & Energy Division, where he oversees renewable energy, sustainable infrastructure, and various other energy transition verticals and industrial niches.